Time-tested longevity is the common thread that binds together Knapheide and Idaho-based woodworking outfit Modern Timber.

And while most of our customer stories shine the spotlight on the latest and greatest products from Knapheide, it brings an equal sense of pride to tell the story of a body that’s been around the block a time or two.

Josh Human is the owner and operator of Modern Timber, a custom furniture and building company serving the greater Boise area that specializes in wood and steel creations. When he’s not creating coffee tables, shelving, desks, custom barn doors, performing renovations, and everything in between, Human continues to exercise his creativity as a self-described “truck addict.”

At the crossroads of Human’s two passions lies one of the more unique upfits we’ve seen recently, a 1992 Dodge W350 upfitted with (among many other things) a Knapheide Service Body from days gone by. 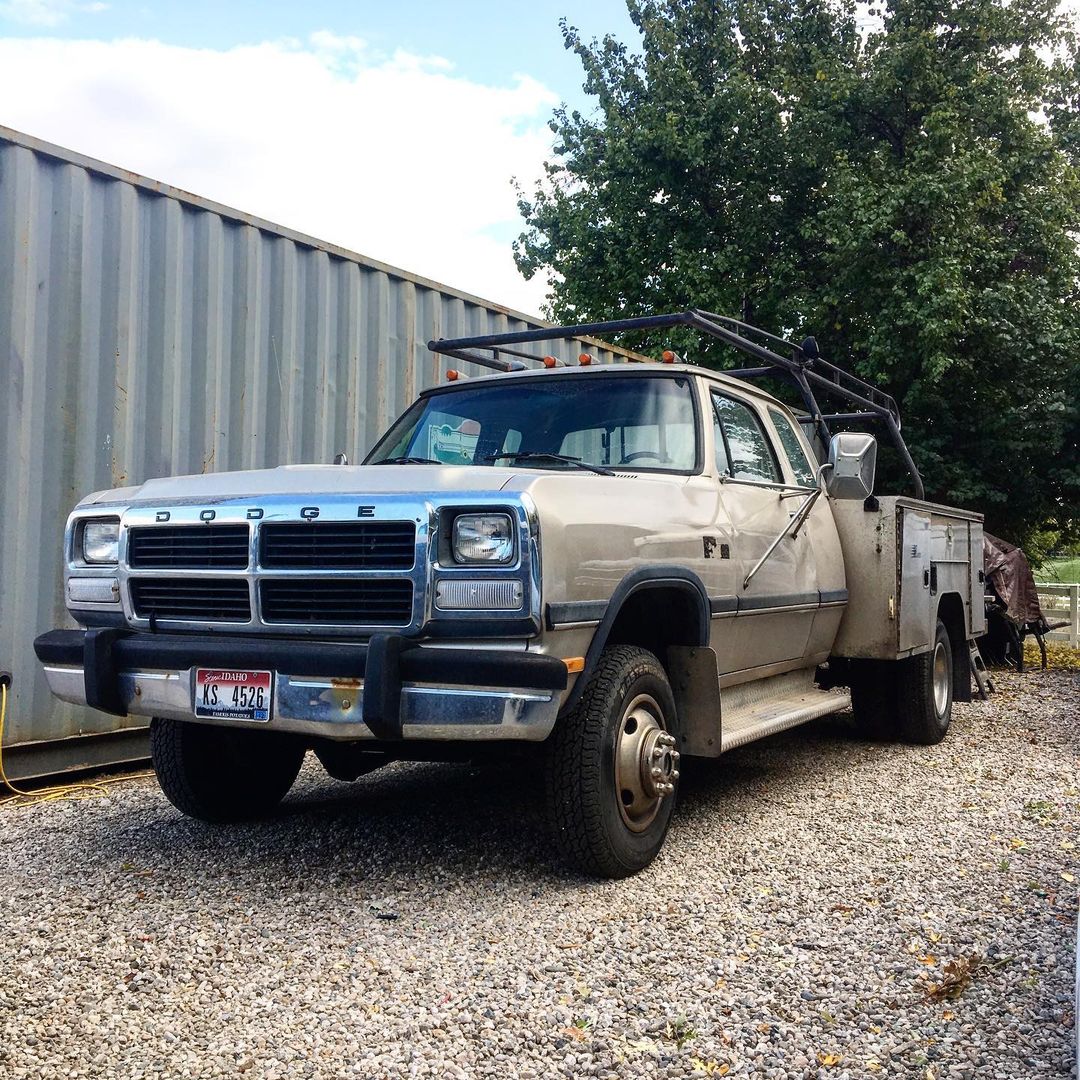 Human had always kept his eye on the truck as it kept somewhat of a high profile in the community and surrounding areas.

“I had seen this particular truck for years on jobsites around the area,” he recalls. “It was originally bought and owned by an excavation company based in Nampa, Idaho. It was then sold to a plumber in the Boise area who held onto it for years. I’d see it at construction sites in the area being used for work.”

So, when Human came across the truck listed for sale on Craigslist, he knew he had to jump at the chance of becoming its third owner. Having previously utilized a 1977 Chevy C20 crew cab with a service box and a 1976 Ford F250 with a custom built flatbed, it only made sense to add this particular unique truck to his vehicular lineage.

This lean, mean dually is powered by an all-stock 12-valve Cummins turbo diesel clocking in at an astounding 250,000 plus miles and features several upgrades after Human purchased it, including a six inch lift and 37” tires wrapped around the original 16″ steel rims. With the steel service body on the back, it’s certainly not your average work truck, resulting in the turning of a lot of heads.

“I get a lot of great feedback everywhere I go,” says Human. “People are always asking me if I will sell it when I’m on a jobsite or through Instagram. I usually come out of the hardware store and guys are doing walkarounds. I’ve even had guys looking under it! I get a lot of comments about how cool it is to see an older truck still working, and also just about how tough and mean looking it is.” 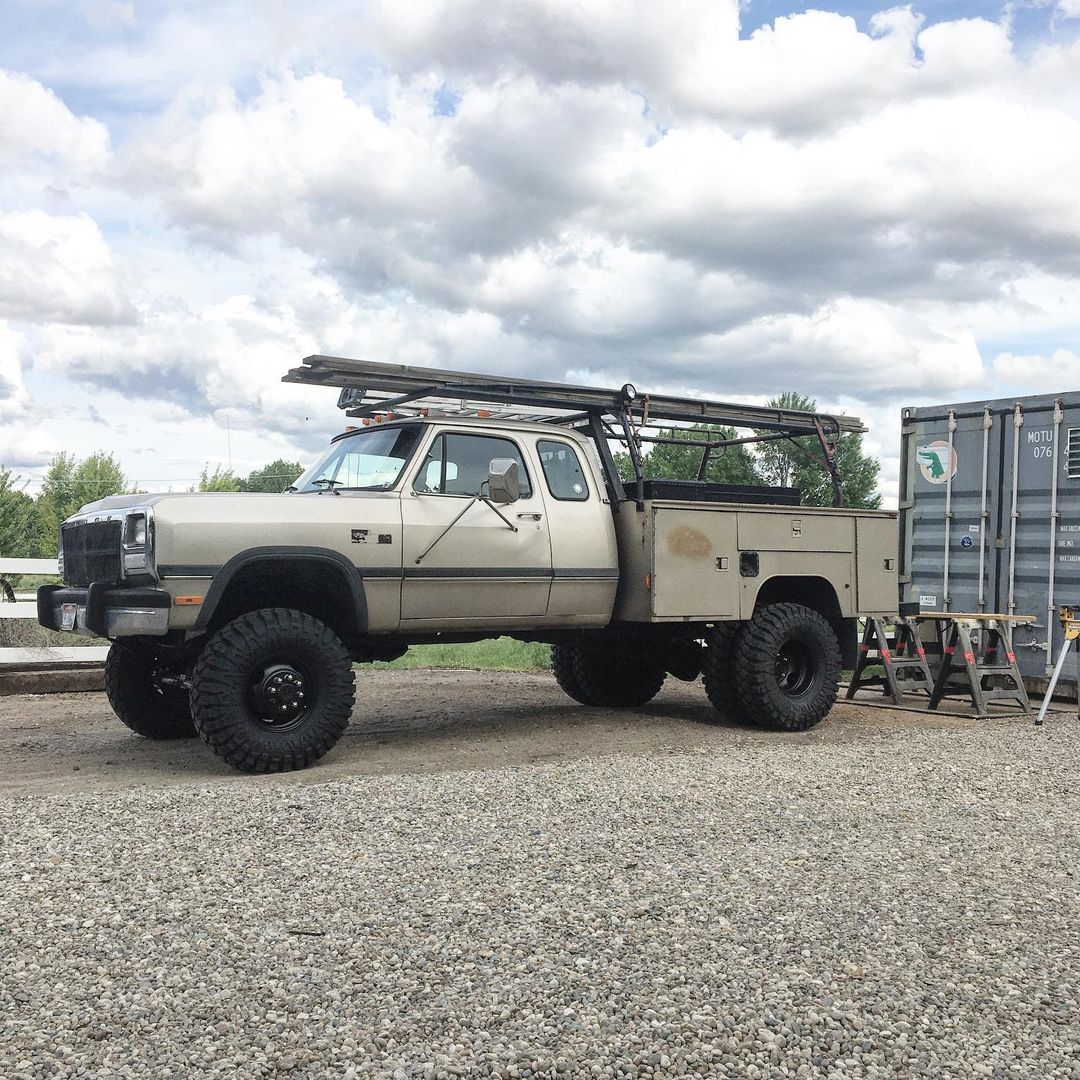 Human’s upgrades literally took the truck to another level

This old Dodge is far more than a conversation piece.

More than anything, it’s a practical big rig that meets Human’s daily demands wherever the job takes him.

“Wherever” covers a broad spectrum as it relates to Modern Timber’s daily operations. Whether making a run to the aforementioned hardware store, heading out into more remote parts of Idaho to source and transport materials for his next project, or delivering a finished product to a customer, Human utilizes nearly every surface and compartment of the Knapheide Service Body that adorns the back of his truck.

“I use all kinds of tools on the job,” Human says. “From drills, saws, sanders, and basic hand tools, this Service Body is awesome for holding everything I need. Having the ability to have everything easily accessible in the shelving systems, being able to lock everything securely, and keep it all dry is the best part.”

He’s grateful that the body itself also serves as a tool, offering him more versatility on the job.

“I have a vise and work area off the bumper to use when needed,” he says. “And the ladder rack is great for hauling and storing ladders, steel, or lumber.” 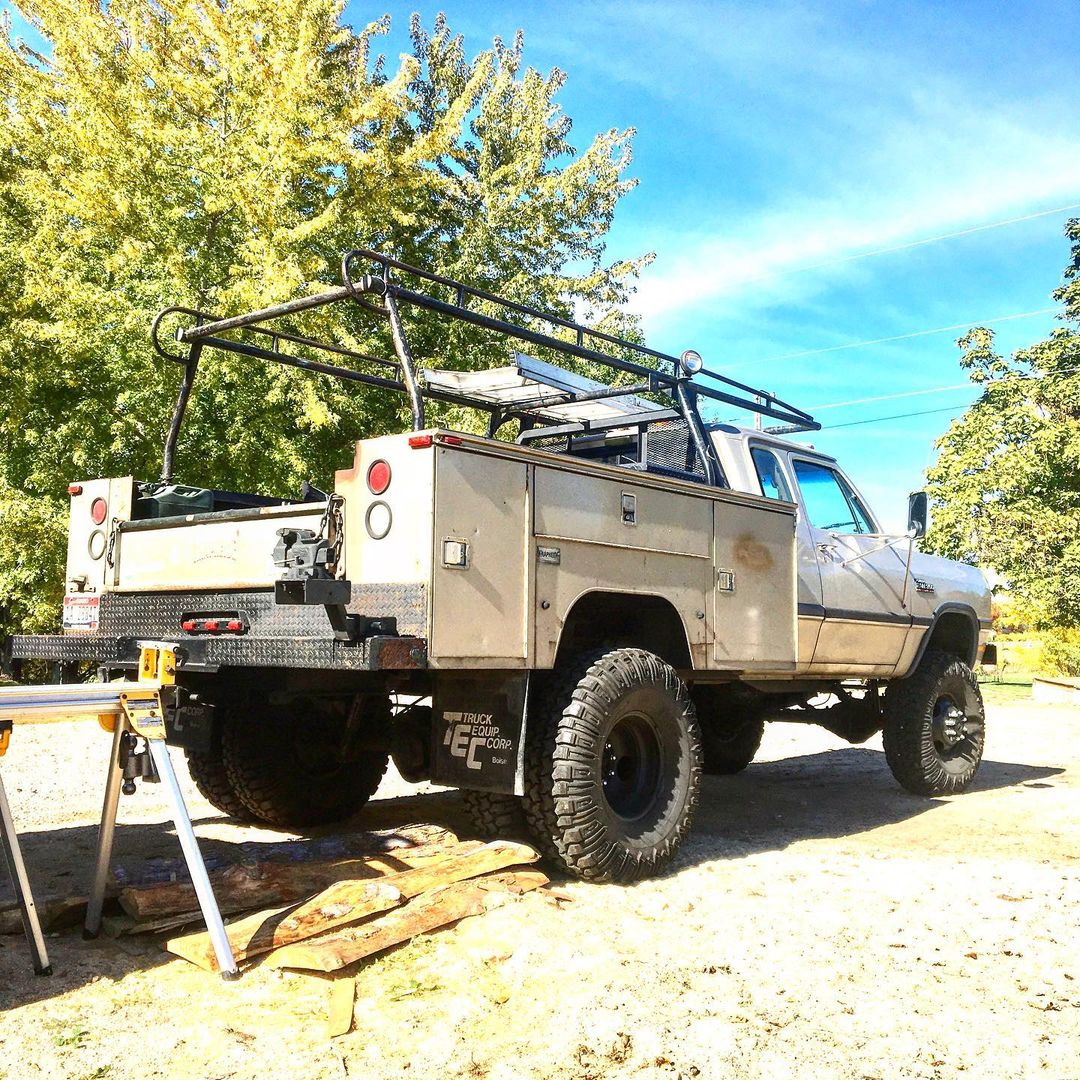 Carving out a future

The versatility of the truck and Human’s experience using it on a daily basis already has him thinking about what lies ahead in regard to his next daily driver. Knowing how practical, efficient, and durable his older Knapheide body has been, he looks forward to enjoying the many benefits a new body provides, with his sights set on adding another Knapheide to the lineup when the time comes.

“I love the PGND beds. I really hope to have one set up on a 1970 Ford crew cab I’m currently building. The ability to tow a gooseneck and still stow all your tools would be awesome — the best of both worlds.”

Just as woodworking can be described as rugged, so too can a Knapheide body, which (particularly in Josh Human’s case) has withstood the test of time, holding up to the rigors of every job throughout the years and still serving a purpose daily to this day. 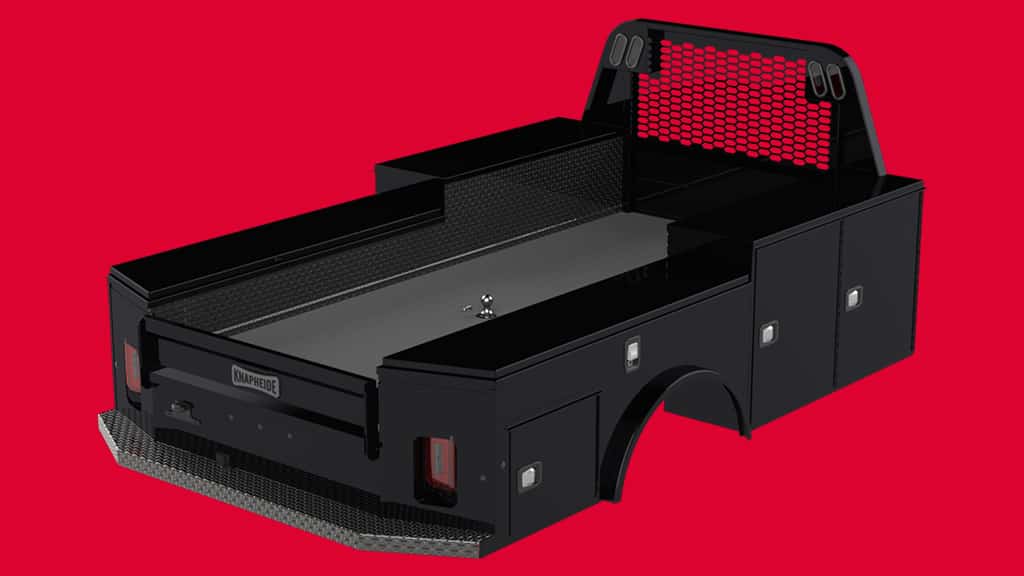 Introducing the Next Generation of Platform Gooseneck Bodies 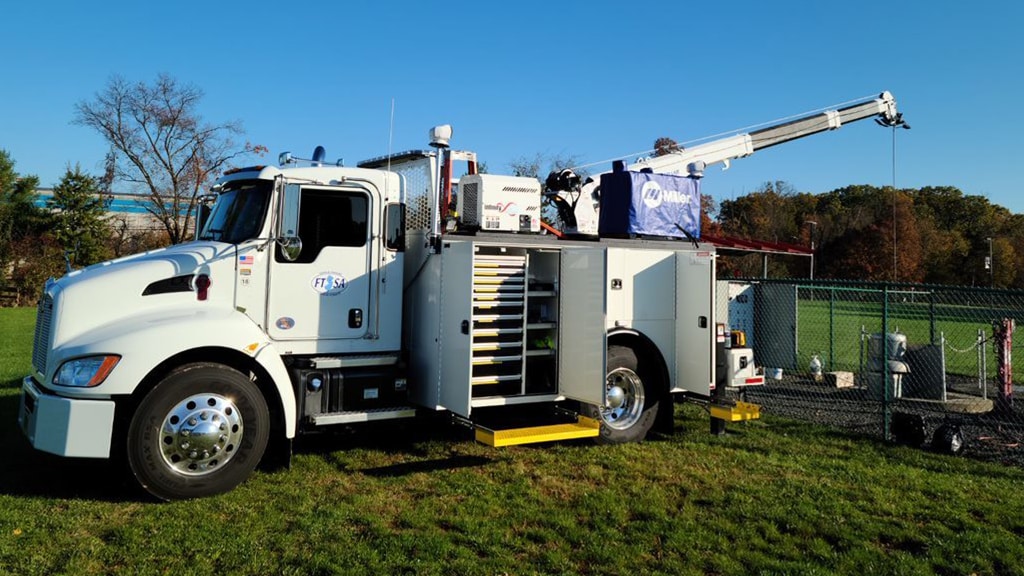 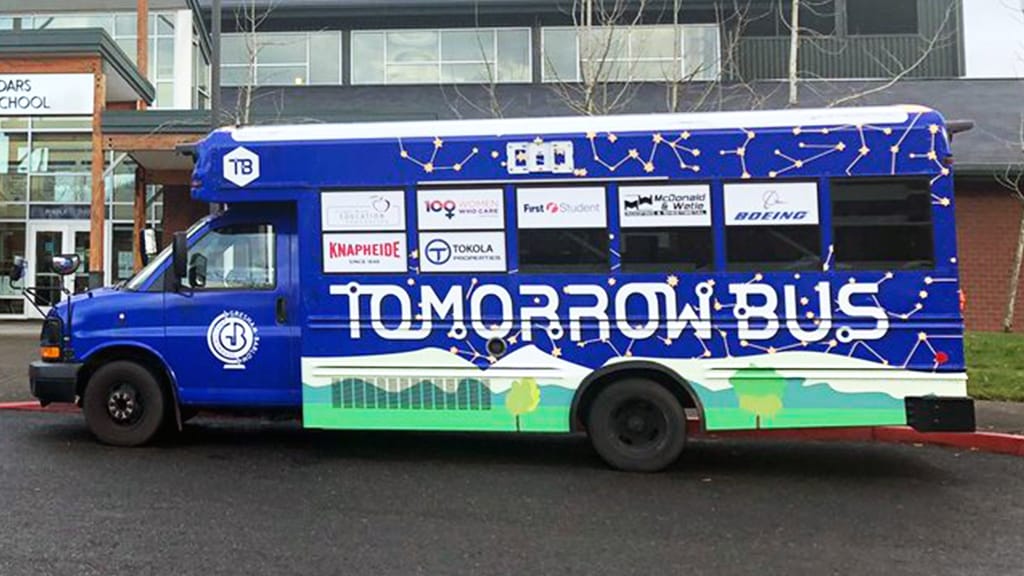 Education is On a Roll in Oregon with Knapheide

Rising up to the challenge of bringing one Oregon school district's vision to life, Knapheide's Portland facility saw an opportunity to make a lasting impact on their community by helping create The Tomorrow Bus.