Education is On a Roll in Oregon with Knapheide

Home »  Blog »  Education is On a Roll in Oregon with Knapheide

“It was clear that what we needed and what Knapheide had to offer were a perfect fit.” – Carla Gay, Gresham-Barlow School District

Serving a student population of more than 11,800 across grades K-12, Oregon’s Gresham-Barlow School District encompasses 18 schools across the area. Recently, the district brought to life an educational innovation known as “The Tomorrow Bus.”

Envisioned as a “mobile makerspace” designed to bring education to students and serve as transportation to the area’s museums and learning centers, the bus travels to K-8 schools in the Gresham-Barlow School District and attends community events to provide hands-on and future-ready learning to students.

“The Tomorrow Bus is a mobile innovation learning lab,” says Executive Director of Innovation & Partnerships for GBSD, Carla Gay. “It was created in 2019 to bring STEM education to all elementary schools and underserved communities in Gresham-Barlow School District and, more broadly, in east Multnomah County.”

STEM (Science, Technology, Engineering, and Math) is a hands-on, experiential learning curriculum that allows students to apply knowledge and skills that will provide them with in-demand skills to better prepare them for future opportunities, including college and career readiness.

“The idea was to ensure that all students have access to a roving set of STEM-related experiences that challenge and engage them,” says Gay. “The experiences are loaded on the bus and students can come aboard to use everything from 3D printers to wind tunnels. Each activity is related to STEM fields with hands-on application. The activities rotate throughout the year with new learning modules being added all the time.”

So, how does the creation of something like The Tomorrow Bus go from concept to completion? Like all great innovations, it started with an idea.

“Students in a STEM club with Mr. [Tom] Erickson came up with the idea as a pitch for a STEM competition,” Gay informs. “They did not win the competition, but their idea was shared with me and I saw promise as something that could bring business, innovation, and education together on behalf of the students.”

With that, Gay assembled a committee of teachers, tech coaches, and multiple community partners to collaborate in bringing the concept to life.

McDaniel and KTEC Portland see The Tomorrow Bus as an opportunity to make a lasting impact on the community.

Among those eager to jump aboard the project was Brian McDaniel, General Manager of Knapheide’s Portland, Oregon truck equipment center.

“I’m friends with one of the teachers at Gresham-Barlow school district,” says McDaniel. “She was talking about this project when it was in the planning stages and I wanted to help. We started planning meetings and it took off from there.”

A school bus was sourced and generously donated by a Los Angeles-based student transportation company, who also saw great value in what the school district was seeking to accomplish with their vision. After the bus was delivered to the school district, work soon began on transforming it into the committee’s vision at Knapheide’s Portland facility.

“Knapheide became a great partner and a central figure in getting our bus together,” Gay says. “Once we had the bus, it was clear that what we needed and what Knapheide had to offer were a perfect fit.”

After everything was removed from inside the bus, the KTEC Portland team got to work repairing, building, installing a multitude of products and accessories that would help transform the blank canvas into the vision of GBSD students, faculty, and community members.

KTEC Portland worked collaboratively with multiple partners involved in the project to create The Tomorrow Bus.

A unique build such as this was admittedly more difficult than the usual projects that come through a KTEC facility.

But, in line with the Knapheide mentality to “Never Settle,”  the Portland team was more than prepared to rise up to the challenge, excited to get to work on tackling the project and providing the talent and expertise necessary to exceed the expectations set forth by the Gresham-Barlow school district.

“The upfitting of the bus started with the removal of all the interior seats, seat belt harnesses, and several other obstructions,” says KTEC Portland Installer, Lyle Klebart. “Following that, we built and installed almost every aspect of the bus.”

The build was vastly different and very unusual compared to the typical upfits on which Klebart is used to working. Along the way, the team was presented with several challenges that required them to go back to the drawing board in an effort to find the most practical solutions to the issues facing the completion of the upfit.

“There were many challenges to overcome,” he says. “Most of those challenges were in regard to the electrical items installed. We also had to cut a massive hole in the side of the bus to insert a toolbox to store the backup batteries, fuses, and other equipment.”

In total, Klebart says the project took over 80 hours to complete, which included installation of the following:

The team also repaired the wheelchair lift on the bus to make the vehicle easily accessible for handicapped visitors.

The Tomorrow Bus provides the community with endless benefits for current and future generations.

KTEC’s involvement with the project serves as a testament to Knapheide’s dedication to the communities they serve.

“Our involvement with The Tomorrow Bus is important because it shows we care about future generations,” says Klebart. “We are a family-owned business and it’s been that way for over 170 years. Showing the community we care about our younger generation’s education, I feel, is most important.”

The Tomorrow Bus will also have a direct impact on his family.

“The fact that it was going to be used in education alone makes it stand out by itself,” he says. “But, after talking with some of the teachers involved with the project, I was excited to learn that their first stop would be my kid’s middle school.”

The importance of the project is not lost on Brian McDaniel either, who adds, “Like Knap’s love and dedication to the Quincy community, I wanted to follow that same path and get involved with our community here. Being a part of the creation of The Tomorrow Bus was an excellent opportunity to get involved and one we’re certainly proud to be a part of.” 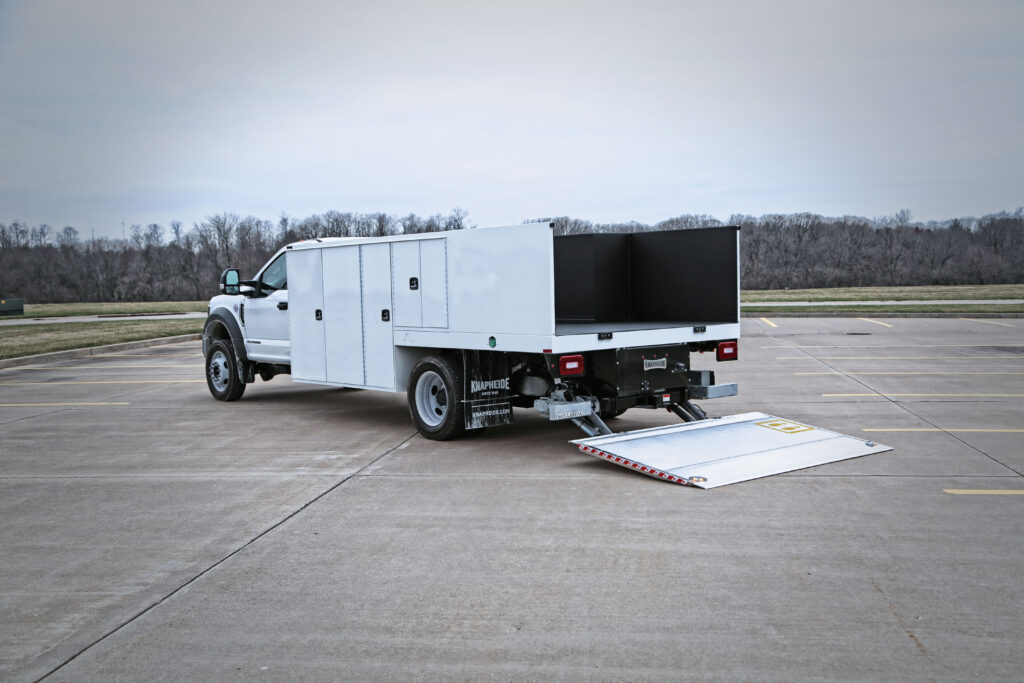